Our Mission is to improve the quality of life for those who live and work in the Parish ofÂ GnosallÂ and those who visit it. 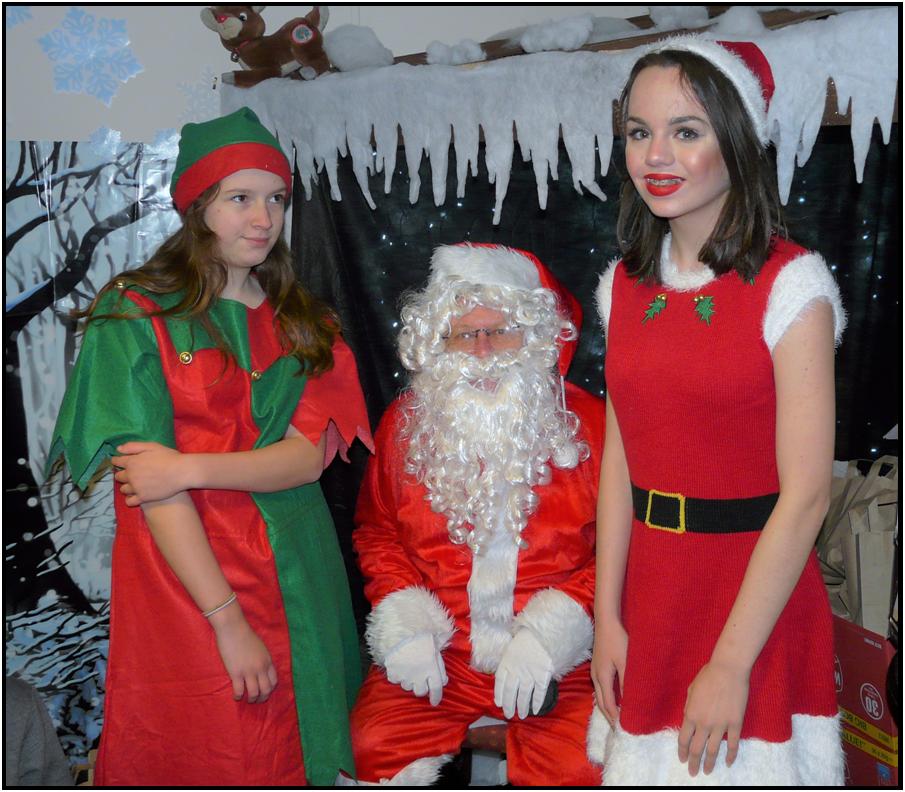 (Father Christmas and his elves; Natalie Greenfield and Millie Bennett)

Complimentary hot dogs, mince pies and mulled wine ensured that the Gnosall Parish Council Christmas Lights Switch-on was well-received by all those present. The Gnosall St Lawrence Academy Choir led the carol singing and the winners of the school Christmas card competition switched on the lights at the Grosvenor Centre in mild and dry weather.

Not to be missed was Father Christmas, who came with two of his elves to give a goody bag and a chocolate Advent calendar to all the children who attended the fun and magic show held in the Grosvenor Centre. Some of the younger children had a photograph taken with Father Christmas whilst the Scouts sold refreshments and the Gnosall Lions ran a tombola stall.

(Guests at the Over 85’s Christmas Tea Party)

Following the huge success of the Queen’s Birthday Tea for those in the village who were over 85, a Christmas Tea was held in December.  Again, each person could bring one guest if they so wished and about 65 people attended.

Bob Johnson gave a short talk with pre-war photographs of the village and there were many delighted comments along the lines of ‘He was my next door neighbour’......‘I was at school with her daughter’.  The Gnosall Singers sang, crackers were pulled, sherry was sipped and every guest had a small present, purchased through a very generous donation by Gnosall Parishioner Nina Geraghty.

Many of the guests are less mobile these days and it was obvious that the opportunity to move round the hall and talk to people that they probably hadn’t seen since the June party gave as much pleasure as the tea itself.

It is planned to hold another similar event at Easter.